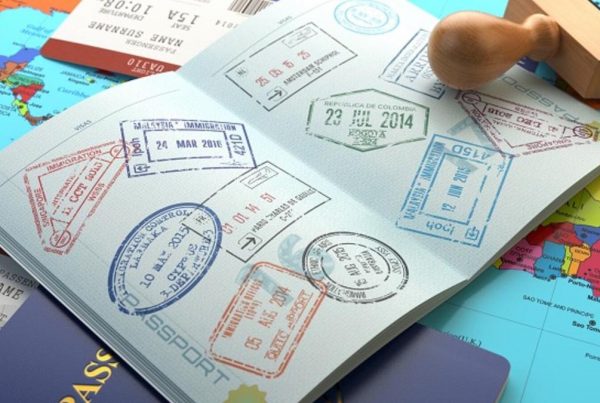 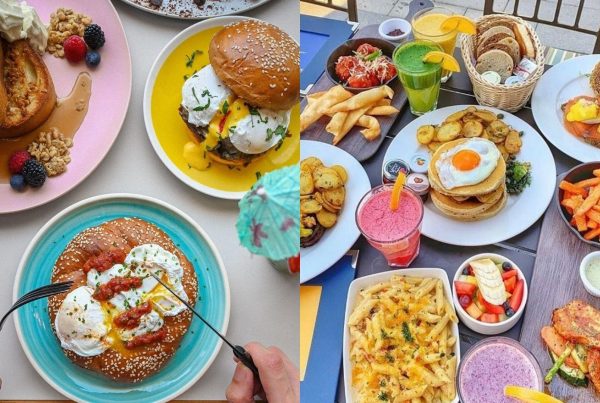 Best Breakfast Spots in Dubai Breakfast, the king of all the meals, contributes to how…

How to become a UAE citizen?

11 Things to Know Before Moving to Dubai

Dubai: The City of Dreams

Dubai is a city that is often called by different names like, the city that never sleeps, the city of gold, and many others. It has many world records including the tallest skyscraper and the biggest mall. It is the capital city of one of the seven Emirates that make up the United Arab Emirates (UAE), and the most populous city of the UAE.

Curiously, the Emirate that the city is the capital of is also named Dubai (Emirate of Dubai) and that raises a lot of confusion. But here we are going to talk about the Dubai city.

Located within the Arabian Desert and along the coast of the Persian Gulf, this is the modern business hub of Western Asia. Contrary to popular belief, Dubai’s economy is not oil-based. It did enjoy its oil wealth though, from the 1960s to the 1990s, but that wealth was used to build physical infrastructure thus strengthening its other sectors.

With skyscrapers spreading out on the entire canvas of the city, Dubai is a dazzle amid a desert. Let’s find out more about this amazing city and see why it’s often called the dream city.

The weather of Dubai is typical arid or desert-like with summer temperatures reaching as high as 52 degrees Celsius. Most of the year the city skies charm a warm blue and if it does rain, it does so during the winters. However, the weather is generally tolerable and tourism is in full sway throughout the year.

With very few natural sites, Dubai is a man-made wonder and you can’t help but awe at the giant glitzy malls, sky-piercing builds, and the fine dining restaurants. The western part of Dubai has small stretches of sandy beaches and in an attempt to increase the city’s limited natural seafronts the developers there have constructed giant man-made islands off the city’s coast. Palm Jumeirah is the most famous among these, getting its name from its palm tree shape. Others need mentioning include “The World Islands”, a small cluster of islands that look like a world map when viewed from the above. 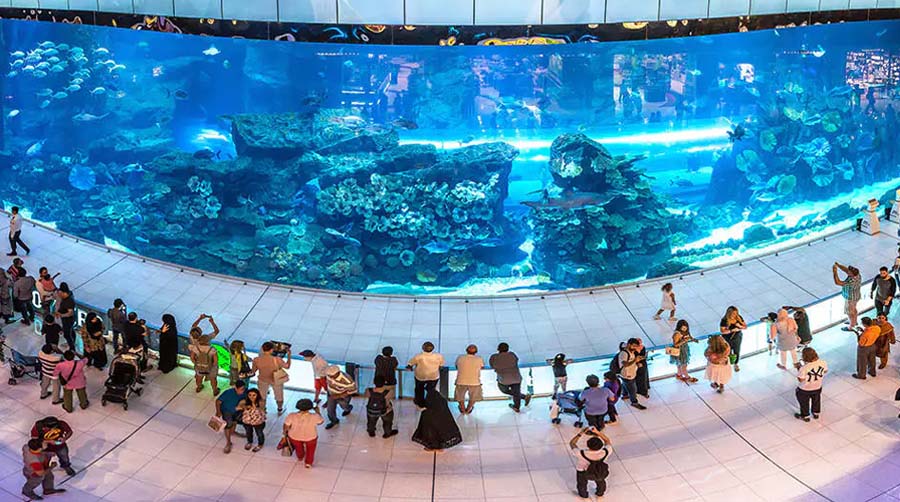 Dubai is another name for recreation and indulgence. From five-star resorts to world-class golf courses, to a never-ending nightlife, Dubai is the destination to cherish.

The first to list among the gigantic and monumental developments is the Dubai Downtown. This 495 acre of land is full of wondrous architectures including the Burj Khalifa, the tallest building in the world; and the Dubai Mall, the largest shopping mall in the world. If these were not enough, there’s the Dubai Fountain, the world’s largest dancing fountain, and the Dubai Aquarium, the home for the largest single tanks. To add on to these are the luxurious hotels, restaurants, and the boulevards for a nice walk.

Another great place to visit is Dubai Frame which is an architectural landmark. If you are looking for something more adventurous, you can always try out exploring the desert. The city ends its mark and the desert begins. A night safari to the Dubai Desert Conservation Reserve (DDCR) and stargazing at a secluded camp is all that it takes to make a trip unforgettable.

Plus, there are the creeks, where you can wander the alleyways of Al Fahidi or go for an aqua venture on Atlantis, the list is endless.

The cultural life of Dubai is a rich blend of ancient and modern life. The rich Arabic heritage still has a major role to play amidst the glitz of beaches, deserts, and man-made feats.

The 21st century saw a blossoming of it’s art and film industries, with the Dubai International Film Festival promoting both local and international movies. The early history and traditional culture can be seen in artifacts and exhibits at the Dubai Museum.

The public library system of Dubai has several branches throughout the city and the shopping malls room a large number of bookshops.

Some international sporting events conducted in the city have greatly boosted its status as an international tourist destination. The Dubai World Cup; the most lucrative horse race in the world, and the Dubai Desert Classic, a popular fixture on the European Professional Golfers’ Association (PGA) Tour are some of them. 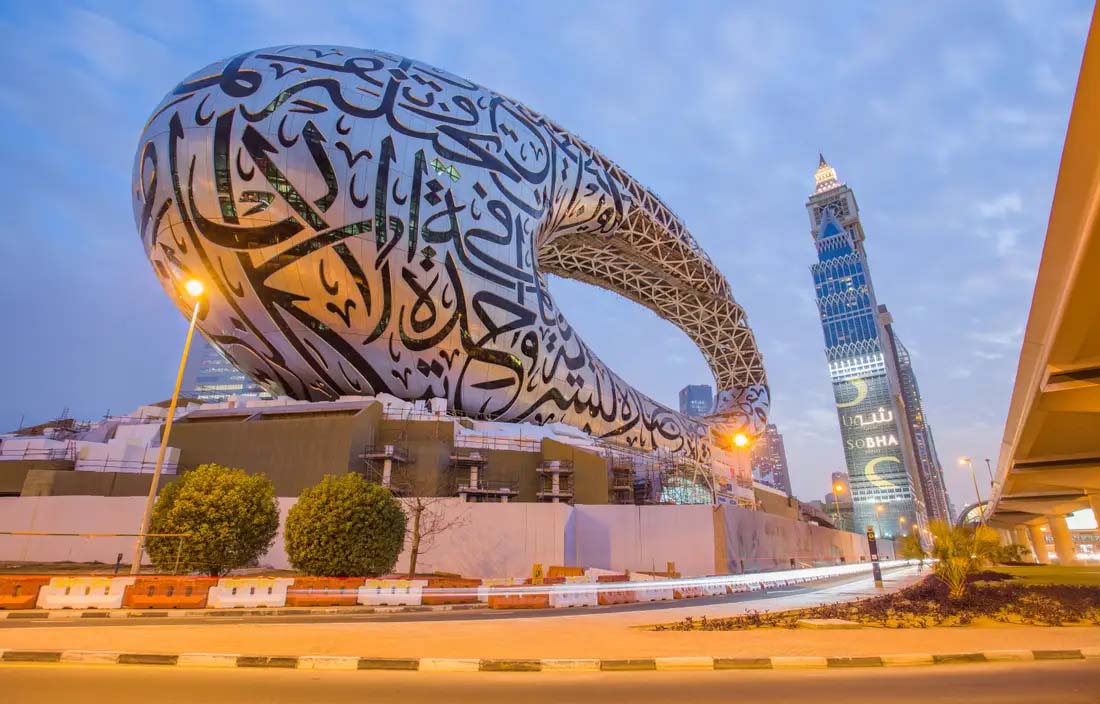 With more than 88% of the total population of 3.38 million accounted for by the expatriates and immigrants, Dubai is largely a welcoming city. And because of these statistics, English is widely spoken though Arabic remains the national language.

The official religion of Dubai is Islam, so you’ll find several mosques throughout the city. However, places of worship for other religions like Temples, Gurdwaras, and Churches happily and peacefully coexist in the city.

When it comes to speaking about city life, there are some interesting facts that we must tell you.

Until recently it had no addresses, zip codes, area codes, etc. The city has grown fast and due to that, it didn’t develop a standard address system until as late as 2015. Before that, the instructions to finding a place were purely guided by drawing a map or clearly instructing when to take the left or right turn.

When you make your money in Dubai, you are exempted from paying any income taxes. Of course, there are exceptions, but this is the general rule. So, you can save a very large amount of money in a short period.

Dubai is often called the city of gold. There are ATMs that hand out gold bars. The Burj Al Arab hotel interiors are decorated with 1790 square meters of 24-carat gold leaves.

The police force in Dubai uses supercars like Ferrari and Lamborghini and even a Bugatti Veyron.

So, these facts tell us that Dubai is a very rich place to live, work, and grow.

The crime rates in the city of Dubai is fairly low. The city’s legal system is a mix of Sharia (Islamic law), Civil and Criminal laws that are implemented by the Federal judiciary. There are courts of the first instance and the Supreme Court as the system of justice.

Drinking is restricted and only allowed in bars and some major hotels.

The dress code in Dubai is far more conservative than the western world, reflecting the Islamic traditions of the country. Any public display of affection like kissing is held offensive and can lead you to fine or imprisonment. Unmarried couples are not allowed to live together or share a room.

There are two separate sectors, private and public, guiding the education of the students. While public schools generally teach in Arabic, most private schools teach in English. The American University in Dubai and Zayed University are two locally reputed institutions.

Dubai, the City of Future, is rapidly transforming into a huge exporter of science, technology, and talent to the entire world. A vast number of talents are leaving numerous opportunities in Europe and the US and looking to Dubai to fulfill their dreams.

The city continues to invest in its socio-economic functions building some of the best infrastructures for aviation, surface transport, and telecommunications and is on its way to becoming the business hub of West Asia.

With the marvelous and mammoth man-made structures, Dubai is a place where one simply wonders what human beings are capable of doing. From entertainment to culture to recreation, Dubai offers a rich ground for everything. And as you walk across the glitzy city, it may sometimes look a bit over-the-top and artificial, but the city welcomes everyone in its heart and has a place for everyone looking to fulfill their dreams.